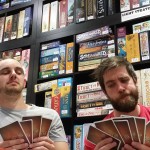 At the end of September Oxford Rotaract decided to try out a new venue for their club social. They went to the board game cafe called Thirsty Meeple. This Oxford-based cafe is the home to hundreds of different board and card games, which you can hire out and play as you have a nice cup of tea and cake.

The game that the Rotaractors played was called Dixit, a game where players have to determine which picture card best matches the story that the designated storyteller told. It is a much more creative game than it sounds. 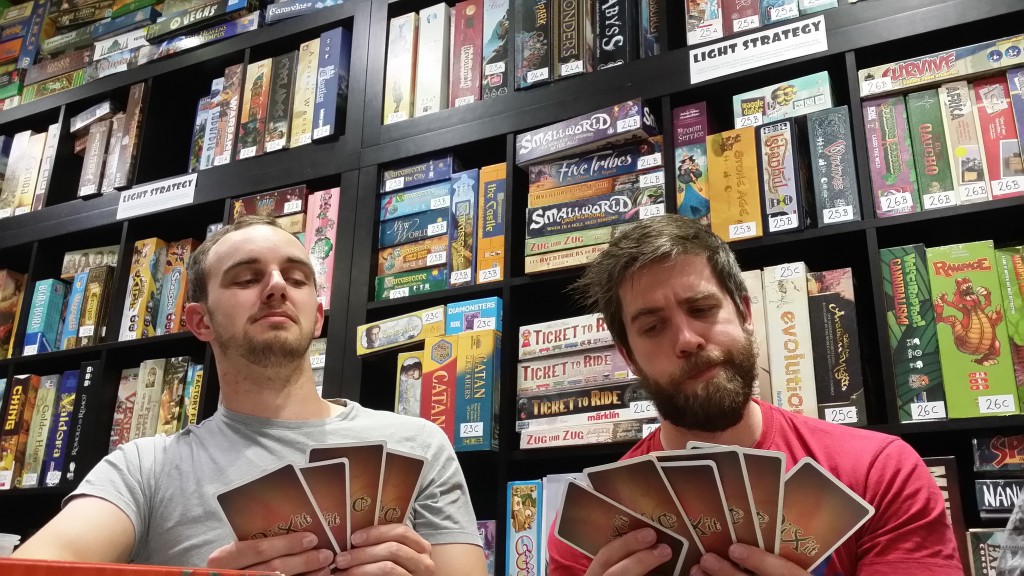 Chris and Jon deep in thought as they play Dixit

It was such a good venue and everyone had such a good time that going to the Thirsty Meeples cafe Board ame Cafe may become a regular occurance. Stay tuned for future news at @oxfordrotaract.