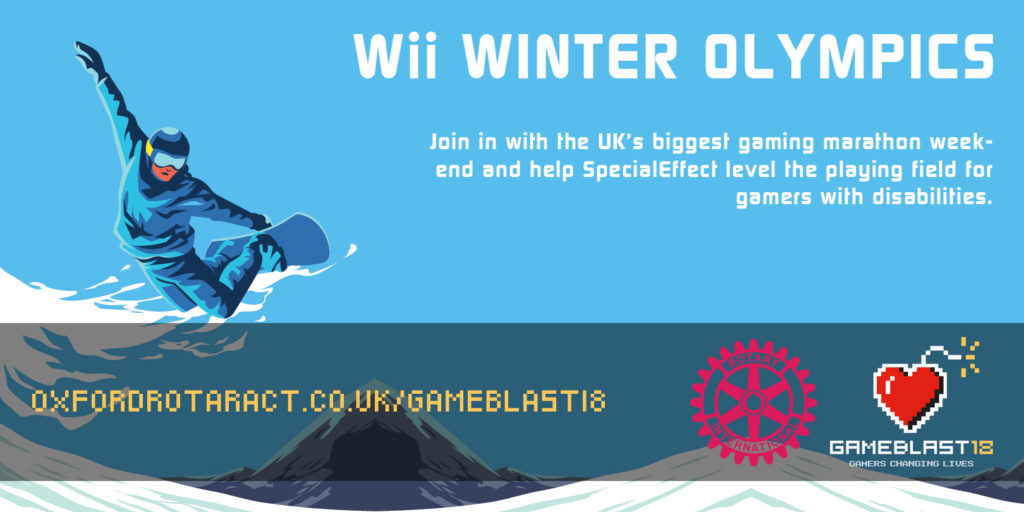 GameBlast is the best reason to game ever! You will be joining in with the UK’s biggest gaming marathon weekend in order to help SpecialEffect level the playing field for gamers with disabilities.

Whilst the majority of us aren’t great at winter sports (we seem to be a bit short on snow and mountains in Oxfordshire) we can still shake a nunchuck, wave a Wii Remote, and teeter on a balance board as good as anyone. So get out your sweatbands, stretch those fingers, and limber up the legs for a day of Wii sports at our Wii Winter Olympics.

We’ll have a bunch of Nintendo Wii consoles setup with all the required accessories and teams of up to four* will then record their best scores on a series of sports on Mario & Sonic at the Olympic Winter Games. Our live leader board will show you just how your team is doing, until one is crowned champion. The best part is that everyone can take part, even your granny!

*If you have less than four players it won’t matter. Each player on your team will get to compete on each sport several times – we then record the best time/score for each player and then average the score/time for your team.

How do I enter?